Vadodara: This bungalow plays hide and seek with the sun

You’d expect any entrance to tower over the rest of a low-lying structure. You’d also expect the porch and its canopy to project outwards in a tra

You’d expect any entrance to tower over the rest of a low-lying structure. You’d also expect the porch and its canopy to project outwards in a traditional welcoming gesture. Not so in this case. Adopting a counterintuitive approach, Dipen Gada has inverted the centuries-old tried-and-tested design of the entrance in this home in Vadodara—all without sacrificing a sense of arrival. 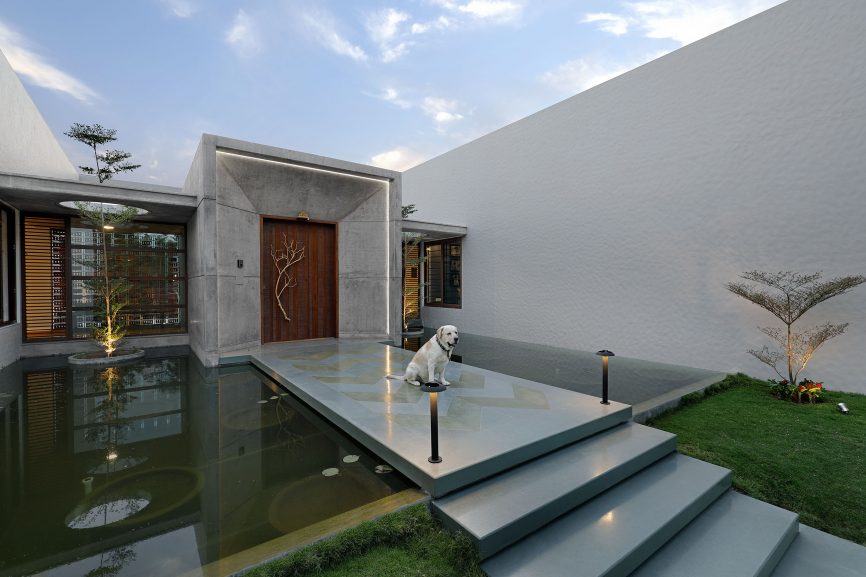 The structure situated on a sprawling 75,000-square-feet lush green plot has clean, bold lines and a linear footprint which runs along the east-west axis. Created for clients who were busy professionals but well-travelled and passionate about their home, Gada received a brief which specified that he should employ a subtle aesthetic rather than an opulent one. 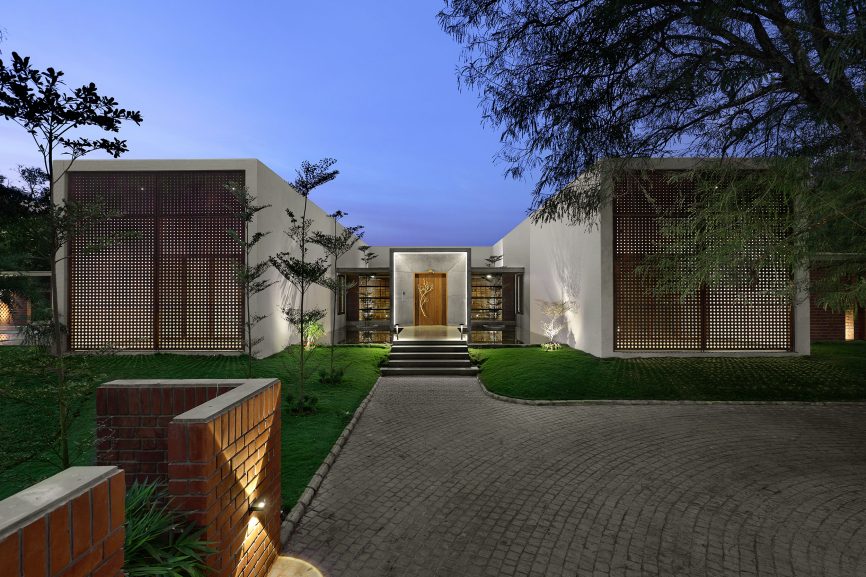 “Unfolding from behind a huge tree, two stark cuboids with a corten steel façade reveal themselves. This facade is a synthesis of textured, plastered walls and voids, encompassing a corten steel jali,” says Gada. In this intriguing geometry, the two massive cubes stand guard in the foreground of a recessed entrance which is approached from a walkway flanked by two waterbodies. “The high walls of the cubes conceal the solar panels on the roof, adding to the impression of bulk, although the ceilings within are not more than 14 feet high” says Gada. 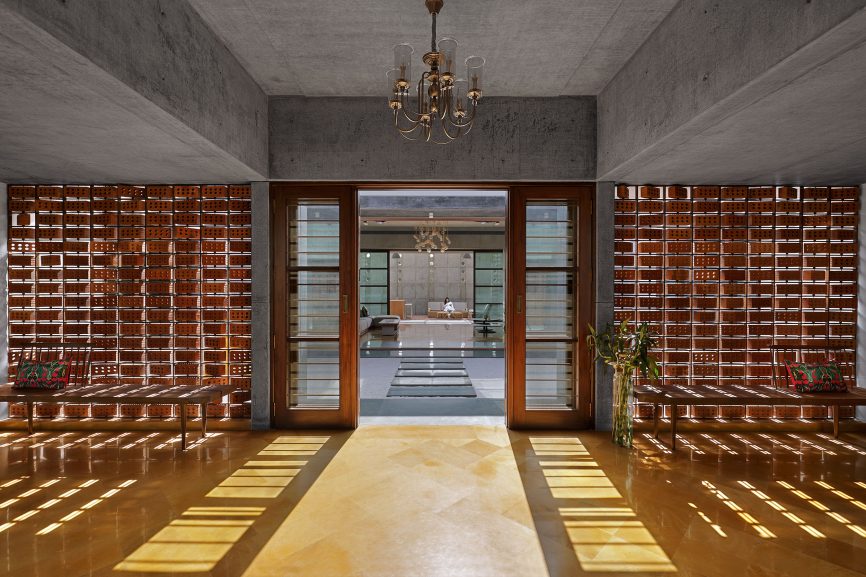 Vadodara Bungalow: One with Nature

But come darkness and the cubes shed their heavy appearance, to come alive with light beckoning through the circular perforations in the corten steel. The house is designed to decline the ingress of heat through its fenestrations, but invite maximum natural light and ventilation into its inner spaces. When needed, the corten steel jalis can swivel onto the walls, making the inner spaces one with the undulating greenery of the garden outside.

How BBG India is making difference in real estate