The emerging trends in architecture that will define the future

A smart and hardworking architecture always defines a great poetry. After all, it is just possible for an architect to incorporate harmonious designs

A smart and hardworking architecture always defines a great poetry. After all, it is just possible for an architect to incorporate harmonious designs with the innovation of urban planning! Architecture has a spirit of fortune telling capabilities. While envisioning the future of architecture can be a challenging task, this guide will shed lights on how the future of emerging trends in architecture looks like. To know more, read on.

The architecture of tomorrow defines a slew of emerging trends defining the next decade. Want to know more about the upcoming innovating architectural styles? Scroll down. 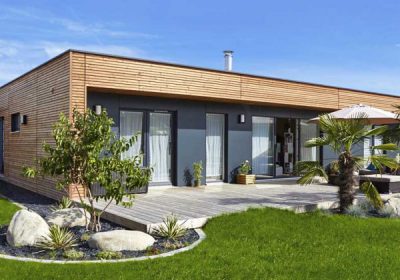 Rotating skyscrapers is everything about the enormous tower building having floors that move slightly. This completes a 360 degree rotation in every ninety minutes. The east-facing flats or apartments would soon be a thing of the past, because the suits in the creation of dynamic architecture will have the four cardinal directions just covered! The buildings would be equipped with multiple massive wind turbines generating electricity from the tenants.

In a world where man is capable of creating architectural feats to cross rivers, why would one craft typical suspension bridges? The undulating and impressive design is destined to be considered as one of the functional pedestrian footbridges! This design involves a total of three swirling lanes that hovers over a picturesque landscape!

What is soon becoming the calling card of the science fictional design is an invisible architecture! And happily speaking, most of today’s architects are on this case! A shorter and less flashy example would be the New York-based architecture firm. Its barn would be parallelogram-shaped and would be made of wood. Additionally, it would have minor film sheeted. The main goal of this architecture is to blur perceptual boundaries between the setting and object! Calling it an impressing design would just not be an exaggeration because it has the capability of pushing the boundaries away, making it apparently invisible in the mind!

As a conclusion, it can be stated that these are just a couple of future trends of architecture that is going to be the in-thing in the next couple of years.