Some elementary styles of architecture you need to know

When you put together all of your wish lists for the new house, the realtor will want to know which architectural style you’re looking for. Every city

When you put together all of your wish lists for the new house, the realtor will want to know which architectural style you’re looking for. Every city has its inimitable history, and the most perceptible approval of this is architecture. Each and every style of the construction takes the place of timelines. It has unique features and trends, which you can see now. Do you want to know more about the upcoming innovating architectural styles? Read on.

Modernist style is quite famous around the globe. This architecture style has an exceptionally new view, which emerged at the beginning of the 20th century. It comes with a different feature, and they follow some exceptional elements in this kind of style, such as flat floors and roofs, asymmetry, cubic, and cylindricalness. 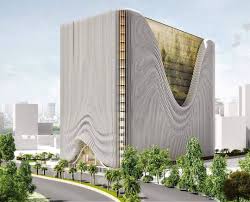 The main materials for Ancient Egyptian Architecture Style buildings where stone, limestone, granite, sandstone, and mud-bricks. This is true that a lot of ancient Roman architecture destroyed by the Nile because of floods. But there are standing villages, temples, and fortresses. Symbolism is one of the main features of this kind. This is decisively based on religious views and also aesthetic practicability for everyday use.

The building design tendency started in the 17th century. It comes with some of the exceptional features, which also are presented in the renaissance tendency. The main instruments of it are the shadow and light. That effect in large buildings makes each and every visitor to focus their attention on the required parts and to hide another.

Victorian Architecture Style is one of the important architectural styles and has been popular since the 19th century. The style is mainly influenced by the Middle East and even Asian. The prime colors for the external are red and brown, but you can find Victorian buildings with other colors.

There are numerous architectural clues to consider, particularly when the building has lived through numerous periods, gathering traits as it ages. Apart from the above-mentioned styles, there are a plethora of styles available such as Tudor, Gothic, Renaissance, and Neo-futurist styles.

Loading...
Newer Post
What are the basic factors involved in the selection of a good architect?
Older Post
Is Vaastu really important to lead a prosperous life?

How BBG India is making difference in real estate