An overview of the Feng Shui historic significance

The literal translation of the word Feng Shui is ‘wind-water’ and it is an ancient Chinese discipline whose philosophy can be traced back thousands of years. It is the method of constructing and optimizing spaces to bring about harmony, abundance, and happiness. The main concern of the philosophy is based on placement of objects in relation to the flow of Chi, or the natural energy. The layout, materials, framework, and structures of buildings are optimized to usher in positive energy and create an ideal living or working situation.

The initial phase and the evolution of Feng Shui 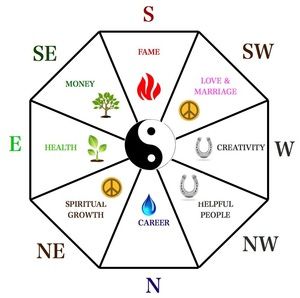 It first came into existence when people started settling down to grow crops and keep farm animals. The initial application of the Feng Shui ideas mainly centered on, identifying safe dwelling places where people would be able to flourish and have the best burial sites for their deceased loved ones. The principles that were thus formulated were later applied on government buildings, site palaces, and other public buildings. In fact, these ancient principles were seen to be so effective that whole cities started to get built based on them.

The practice remained an important part of the Chinese culture for many years until communists tried to quash it away because of the mystical elements involved in it. The Chinese had, in fact, also used Feng Shui principles in the construction of the building of the Bank of China. They believed that the principles would assist in the business of the bank and help individuals to thrive.

The development of Feng Shui over time

The classic practice of Feng Shui further evolved to make an exact detailed observation of the man-made and natural environment. In modern times, a parallel consideration involved in Feng Shui also takes into account the way the energy of the earth affects places and influences its occupants.

In the earlier times, Feng Shui was passed on from generations to generations through the families in China, in respect to the unique social structure and geography. However, the present belief is that the essence of Feng Shui does not depend completely on the cultural aspects and it can be synthesized with other bodies of knowledge.